The content below outlining the history of The Hillside has been copied from the Hibernial Landscapes website. We are hugely grateful to them for such a detailed account.

The pub has been called The Hillside all throughout its history having been established in 1752, making it Hillsborough's oldest pub. There are drawings of the pub in the 1770s which show it marked as "The Hillside".

Until 1863 the ownership of the pub is unclear, but it is clear that it was primarily opened to serve to farmers and village men. Situated on the middle of the hill of Main Street, The Hillside was less traveled by farmers from the Dromara Rd side of Hillsborough who would simply stop at the Plough at the top of Main St. Additionally the local men at the bottom of the hill found the Marquess of Downshire (now known as The Parson's Nose) to be more convenient.

In 1826, the Hillsborough Distillery opened along the river that flowed from what is now Hillsborough Lake down through Culcavy (it became known as the Whiskey river and almost certainly flowed through the glen that gave Hillsborough its original name (Cromlyn - crooked glen) before Lord Hill renamed the village it in the 1600s.)

Following on from the distillery, HIllsborough also had its own brewery which opened around 1856. It was situated opposite St Malachy's parish church and was said to have similar architecture to the church; it must have been an impressive brewery!

The stout from the brewery would've been delivered in barrels and bottled in the back houses in McClune's Court by the pub itself (where the beer garden now is).

In 1863, the ownership of the pub becomes clearer when it was bought by Richard Heenan, who was a shopkeeper before becoming landlord of the Hillside. It would stay in the Heenan family for almost 100 years and despite being officially called The Hillside, most regulars would simply refer to the pub as 'Heenan's'.

When Richard died in 1900, the pub passed to his wife Mary-Jane Heenan, as their first son Jimmy was too young to run the pub.

Hazel and her husband Bert Knowles also then left for America with their children. When I visited the pub I met their son Gary who was actually born in the pub! Much cooler than being born in a hospital... 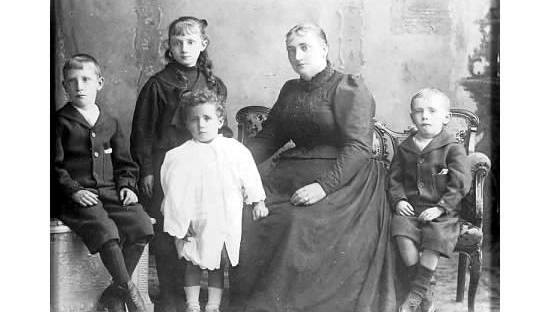 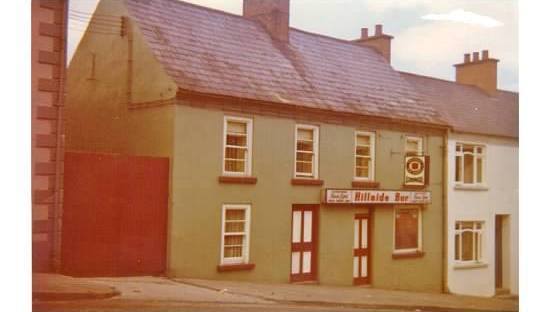 The picture to the left is the pub as it was when Hazel Heenan and her husband sold up in the 1950s to the Reilly's.

Notice the two doors in the picture above. The door on the left is now a window. It was the entrance to the living quarters which contained the fireplace seen in my first picture and all of the upstairs of the bar.

The tradition of only serving stout was to continue long after the Hillsborough brewery closed. The pub was sponsored by Guinness who would deliver barrels to the back houses where the pub would continue to bottle and cork their own drinks. Only Guinness and liquor would've been served.

A well-known regular at the Hillside would've been "old Jimmy Walker" who owned the butcher shop next to the pub. It is said that he would spend 'all day, every day' in the pub drinking. Who knows when he served his own customers!

The Reilly's owned the pub only for a short time before Sam Law purchased it in the late 1950s. He owned it for a few decades before Mrs Quinn bought it and added new rooms towards the back of the pub. The Hillside had developed a strong interest in darts from the Heenan's ownership and the expanded back room would help facilitate that interest with the pub team competing against other pubs.

In 1989 Diane and Jimmy shields purchased the pub specifically so that it wouldn't become a brewery-owned pub. They added the restaurant in 1996. Since this time the pub has changed hands quite a few times, with the Carmichael family owning the pub between 2001 and 2006 and it is now owned by the Beannchor Group who own the Merchant Hotel and many other pubs in Belfast.

The Hillside Bar despite being open for almost 300 years has been left relatively unscathed from our turbulent past unlike a lot of the pubs in Lisburn. It has been a quiet rural pub, but is very popular to this day. I know they run a popular trad session on Sunday afternoons as my father-in-law would sometimes attend! I was really pleased to hear the pub is now dog-friendly. What better than sitting with a pint next to a dog warming itself by the fire?!

The only mention of anything untoward in the pub is a ghost called Gladys, known by the staff and a handful of regulars over generations. When I say untoward….the scariest thing I've heard is that she might turn on the radio so I wouldn't let it put you off making a visit!